Audio Recordings in the Workplace

Examining what the law says about audio recording of meetings, conversations etc.

With ever changing and advancing technological developments that have been made readily available to the public, employers are increasingly confronted with secret audio recordings being submitted as evidence. Technology has made it easy to capture audio recordings with small and easily concealable devices, an iPod or smartphone can record lengthy discussions without detection.

This trend of behaviour can be expected given South Africa’s current socio-economic climate, which has heightened the importance of job security for many South Africans. Employers, it would seem, aren’t catching onto this trend and would not ordinarily record their employee meetings or disciplinary proceedings.

A growing number of employees are Audio Recording such hearings in order to protect themselves if they are dismissed or subjected to other forms of occupational detriment. Often these secret recordings are submitted after the fact at CCMA or Labour Court proceedings. 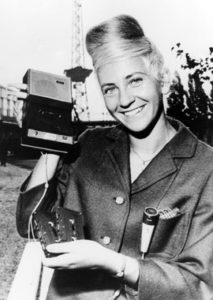 Employers can be caught off-guard by such submissions and even if their dismissal procedure was fair, the fact that the employee has made a secret recording will raise doubts as the matter of admissibility is decided by the tribunal. Most employers are of the opinion that such evidence is unlawfully obtained and as such is inadmissible as it was obtained without their consent or knowledge. Section 35(5) of the Constitution of South Africa finds application in this regard.

The constitution states that evidence obtained in a manner that violates any right in the Bill of Rights must be excluded if the admission of that evidence renders the trial unfair or will otherwise be detrimental to the administration of justice.

It goes without saying then that the admissibility of secret audio recordings is largely reliant on a balancing of fundamental human rights, none more pivotal to this topic than the right to privacy. In South Africa the recording of communications is governed by the Regulation of Interception of Communications and Provisions of Communications-Related Information Act, 70 of 2002 (“RICA”). The act provides that no person may intentionally intercept or attempt to intercept any communication in the course of its transmission in South Africa. This prohibition of interception applies to all persons, private or public, but is subject to a number of exceptions detailed in sections 3 to 11 of RICA.

The primary exceptions to the general prohibition are the following: 3.1 Under section 4, where the intercepting party is a party to the communication being intercepted;

Under section 5, where one of the parties to the communication has provided prior written consent to the interception. What does this then mean for the lawfulness of secret recordings submitted at Labour tribunals?

Effectively section 4 of RICA provides that, where meetings are concerned, the person making a recording of a meeting must be participating in the meeting in order for the interception or recording to be deemed lawful. But is this not an infringement of all the other parties’ right to privacy if they are unaware that they are being recorded? The simple answer is no! The rationale is that if the communication is wilfully published to a specific audience, the publisher cannot at a later stage submit that their right to privacy has been infringed. They have wilfully published the information to the respective recipients. Should any party who was privy to the communication testify as a witness their evidence would be admissible. So too should the recording, if made and submitted by a party to whom the initial communication was published.

For example, let’s use a disciplinary hearing where the employee/accused secretly records the proceedings on her cell phone. This would be lawful, even though no one else in the disciplinary hearing is aware of the audio recording, because the communication has been wilfully published to all parties in the meeting including the employee/accused. However, if the employee’s representative who was excluded from the proceedings secretly leaves a recording device in the meeting, such recording would not be lawful because none of the communication was wilfully published to the representative. For all intents and purposes, the representative has infringed on all the parties’ right to privacy in obtaining the recording.

Most employers tend to think that all the parties to the conversation must consent before the recording may be deemed lawful. So in the example above, all parties in the disciplinary hearing must consent to the audio recording before it may be lawful. This is incorrect.

Section 5 of RICA envisages circumstances where the employer and employee agree either through contract or policy that the employer may use and intercept communication whilst conducting business. In such instances the employer may lawfully submit any audio recordings intercepted within the course and scope of employment since they have the employees’ written consent to do so.