This is the final section in our five-part series examining the biggest emerging challenges facing the human resources community in 2017.

The use of talent analytics in human resources is really nothing new at this point. Becoming familiar to utilising data to make crucial decisions in the recruiting and retention fields is increasing and many companies are now taking things another step further and making use of predictive analytics as well. 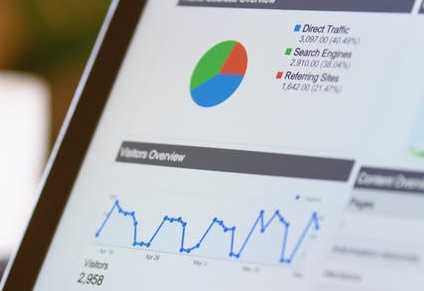 What Predictive Analytics Have to Offer: A Real World Example

Perhaps the best way to demonstrate what predictive analytics have to offer to a company is to share a real-world example. In the States in 2016 Xerox hired a predictive analytics startup firm to help them assess their frontline employees in their highly active US based call centre.

The startup, San Francisco based Evol, set about gathering data on existing employees, and as they did they made some interesting discoveries. Among them, they found that those who had come into their position with no previous call centre experience performed as well as, and in some cases better than employees with the ‘relevant’ previous experience. They also found that those who described themselves as ‘creative’ stayed longer than those who termed themselves ‘traditional’. And those who participated on a personal level with between one and four social networks were more satisfied in their position and stayed longer than those active on more.

While this information may sound a little random, Xerox were able to take it adjust their candidate and talent pool and reduce attrition by 20% in six months. Given that according to Xerox it cost them $5,000 USD to train a call centre employee this resulted in impressive financial savings.  There you have one of the biggest attractions of predictive analytics for human resources, it offers the potential to achieve the cost savings and increased efficiencies, two of the things that most human resources departments are constantly under pressure to do.

Overcoming Obstacles to Efficient Use of Predictive Analytics

Once a human resources department has decided that predictive analytics may indeed be worth a try their next challenge will be to overcome some of the common obstacles to implementing a plan. Often data needs to be drawn from a number of systems that usually do not ‘talk’ to one another, such as payroll, time and attendance and others. The second is that often human resources are not given as much weight when it comes to IT resources allocation than other departments like marketing and operations. This means that the desire to make use of predictive analytics is one thing, actually doing so may be quite another.

One solution some companies are turning to is outsourcing. Companies like Evol are springing up all over the globe, offering both technical expertise and a knowledge of human resources that is crucial.

As a solution to a problem, this may be the answer for many businesses, especially those working with limited resources. Whatever a business chooses to do though, there is little doubt that predictive analytics is here to stay, and how to best make use of them is another of the emerging challenges that human resources face as 2017 progresses.