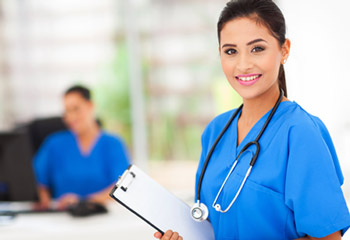 It’s long been accepted that the healthier an employee is the better it is for them and their employer. Access to good healthcare is crucial to remaining in good health, which is why there have been so many efforts over the past several years – including by the government – to encourage people to enroll in a medical aid scheme.

The costs of doing do are often a sticking point for the average person though. Medical aid schemes are not always easy for the average South African worker to justify adding to their monthly expenses and while these schemes are becoming more affordable they often can’t be described as cheap.

Nevertheless, the government is keen to encourage participation in an accredited medical scheme, and employers certainly want healthier, more productive employees. And the Medical Scheme Fees Tax Credit, which was first introduced in 2012, was created as a way to help facilitate these goals.

What is the Medical Scheme Fees Tax Credit?

When it was introduced, the Medical Scheme Fees Tax Credit replaced an older, but somewhat similar credit. The idea behind the new credit, however, was to make it fairer and more useful to everyone, not just those in higher income brackets. The MTC, as it is called for short, is a rebate payable to those who make contributions to a medical scheme that reduces the amount of normal tax paid.

Who Can Benefit From the MTC?

Basically, any working person who pays into an accredited medical scheme and their designated dependants. It is paid as a fixed monthly amount that increases according to the number of dependants claimed and currently breaks down as follows:

R303 per month for a first dependant

R204 per month for each additional dependant

These are not flexible, income based figures, these are amounts paid ‘across the board’.

How Does the MTC Work?

The implementation of the Medical Scheme Fees Tax Credit does call for input and effort on both the part of the employee and the employer. If an employee pays into a medical scheme privately, not via their employer, it is up to them to make their employees aware of this fact. It is then the employer’s responsibility to ensure that this monthly credit is properly reflected on their employee’s paycheques.

Should an employer fail to take this credit into account properly an employee can claim the MTC on assessment as a part of an annual tax return, but it is preferable for everyone – especially in terms of employee relations – if the credit is accounted for properly right from the start.

It should be noted that the MTC is a non-refundable benefit and any portion that was not allowed in the current year – which often comes as a result of when an individual first joined a medical scheme- can’t be carried over into to the next year of assessment.