The Minister of Labour will establish a new commission to review the National Minimum Wage (NMW), said Department of Labour Director: Employment Standards, Stephen Rathai on Friday at the Tropicana Hotel in Durban, KwaZulu-Natal. 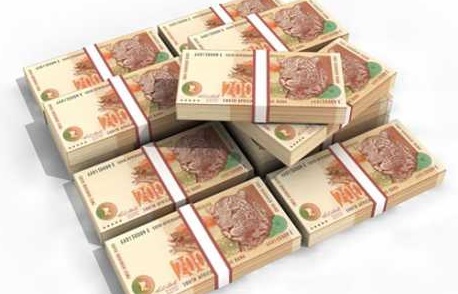 Rathai said the Minister of Labour will establish a new commission that will take over the functions of the Employment Conditions Commission as far as the expected annual adjustment of the national minimum wage is concerned.
“The Commission will comprise of three members each from labour, business and community, an independent Chairperson as well as three independent experts whereas the Department of Labour will provide the secretariat“, he said.
Rathai was addressing the Department briefing session on the implementation of the NMW and amendments to labour legislation.

He said the functions of the new Commission will be to review the NMW and make recommendations for its adjustment and investigate the impact of the NMW on the economy, collective bargaining and income differentials.
In reviewing the NMW, the commission will take stock of inflation,  cost of living, wage levels, productivity, the ability of business to carry on successfully as well as the impact on the Small Medium and Micro Enterprises and on employment.
“Employers who cannot afford the National Minimum Wage can apply to the Minister of Labour for exemption. However, they need to prove that their businesses are not profitable”, he said.

Rathai said some of the amendments to the Basic Conditions of Employment Act include the authority of Department’s Inspectorate to apply to the Commission for Conciliation Mediation and Arbitration (CCMA) to have undertakings and compliance orders made arbitration awards, and that an employer who disputes a compliance order can refer the matter to the CCMA.

“The sanctions for noncompliance with the NMW include paying double the amount of the underpayment or twice the monthly wage whichever is the greater”, he said.

On the amendments to the Labour Relations Act, Ian Macun Director: Collective Bargaining said some of the amendments include the extension of collective agreements which will require majority by either the trade unions or the employer parties.
The Department of Labour encouraged unions to submit their inputs to the amendments as soon as possible.
The NMW Bill and the amendments to the BCEA as well as the LRA are expected to come into effect from May 1, 2018.

The next NMW workshop is scheduled to take place on the 29 November in Tzaneen at Hotel@Tzaneen, 1 Makokota Street, followed by another one in Polokwane on the 30th November at Protea Hotel, N1 North Bound, next to Shell Ultra City. All workshops start at 10:00 and conclude at 13:00. -ENDS-
For more information contact: